The properties are located within the established Irish Zinc District and are near or adjacent to major historic mines or deposits. The Irish Zinc District has been a major source of zinc production since the 1960s and is currently home to some of Europe’s largest zinc projects including the Navan (Tara) Zinc-Lead mine (Boliden), the Pallas Green deposit (Glencore) and the past producing Lisheen mine (Vedanta) and Galmoy mine (Lundin Mining). 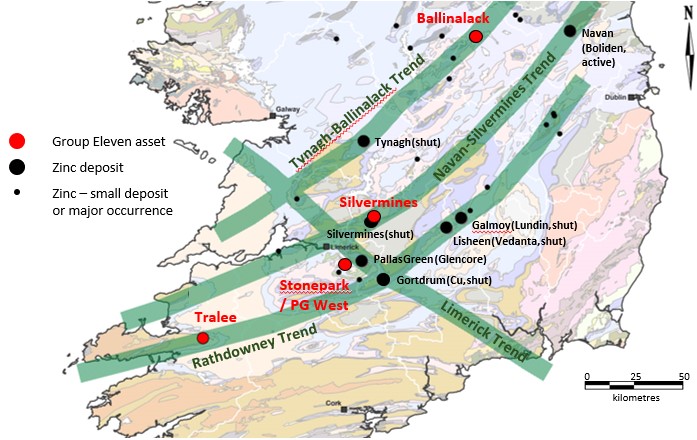