The PG West Project (including the Tullacondra Project to the south) is located in southwest Ireland and is 100% owned by the Company. The project consists of 22 PLs (totalling over 650 square kilometres; see red outline below) contiguous with the Company’s 76.56% owned Stonepark Project. Glencore’s Pallas Green Project (blue outline) and South32/Adventus’ Rathkeale Project (yellow shaded) are adjacent to the PG West Project from the east and west, respectively. 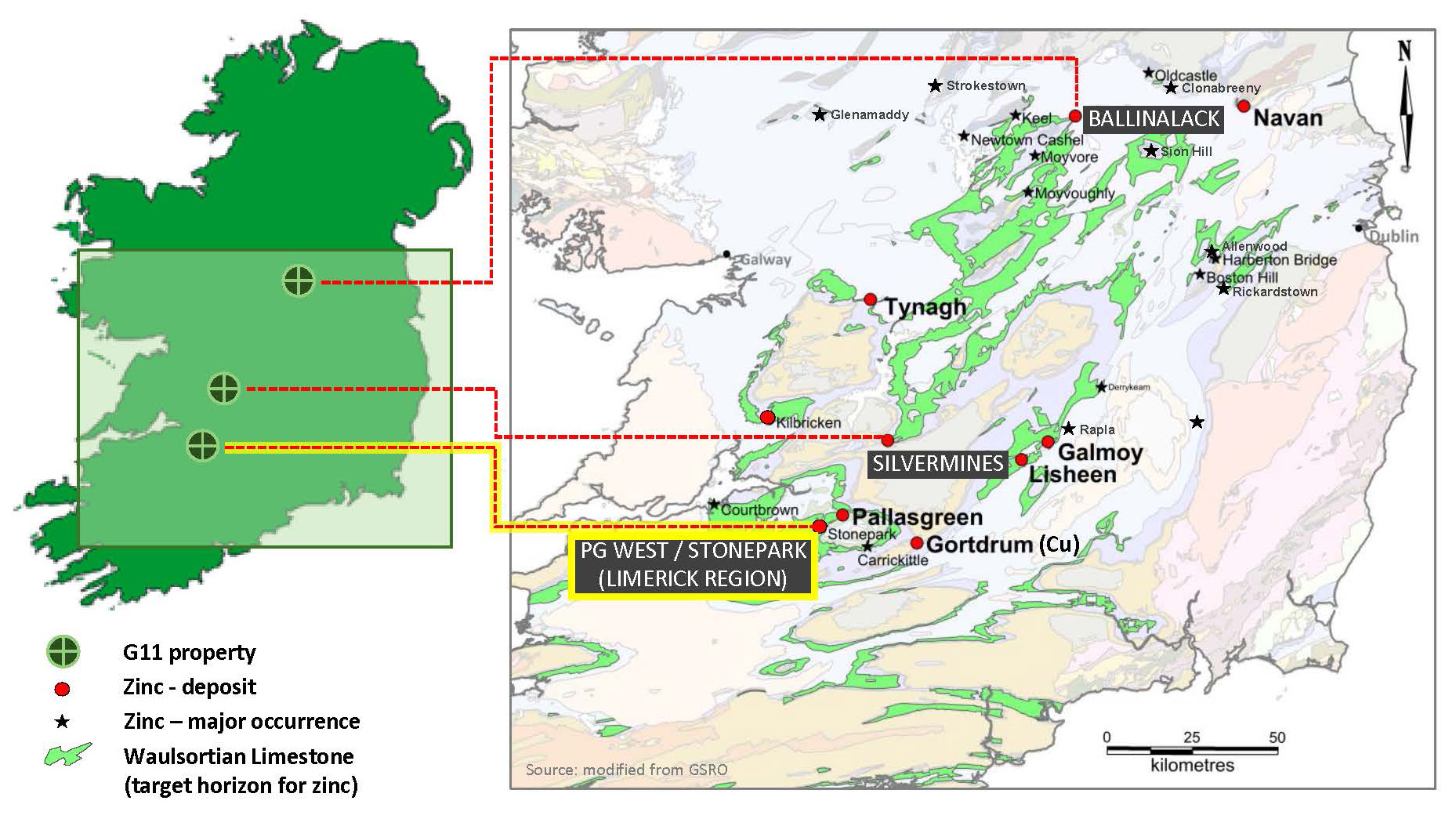 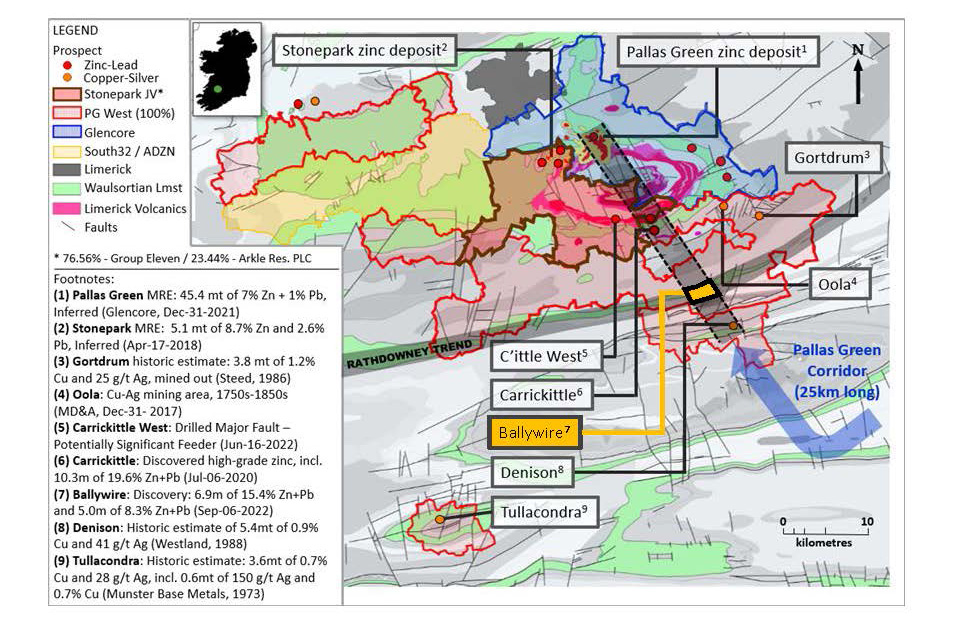 On September 6, 2022, the Company announced a discovery at the Ballywire prospect located in the southeast portion of the PG West Project, at the intersection of two mineralized trends: the Pallas Green and the Rathdowney Trend. The discovery is approximately 20km southeast of Glencore’s Pallas Green zinc deposit.

The discovery hole, G11-468-03 stepped out 410m from previous drilling and returned 66m of mineralization including four higher-grade zones (true width estimated to be 80-100% of intercepted width): 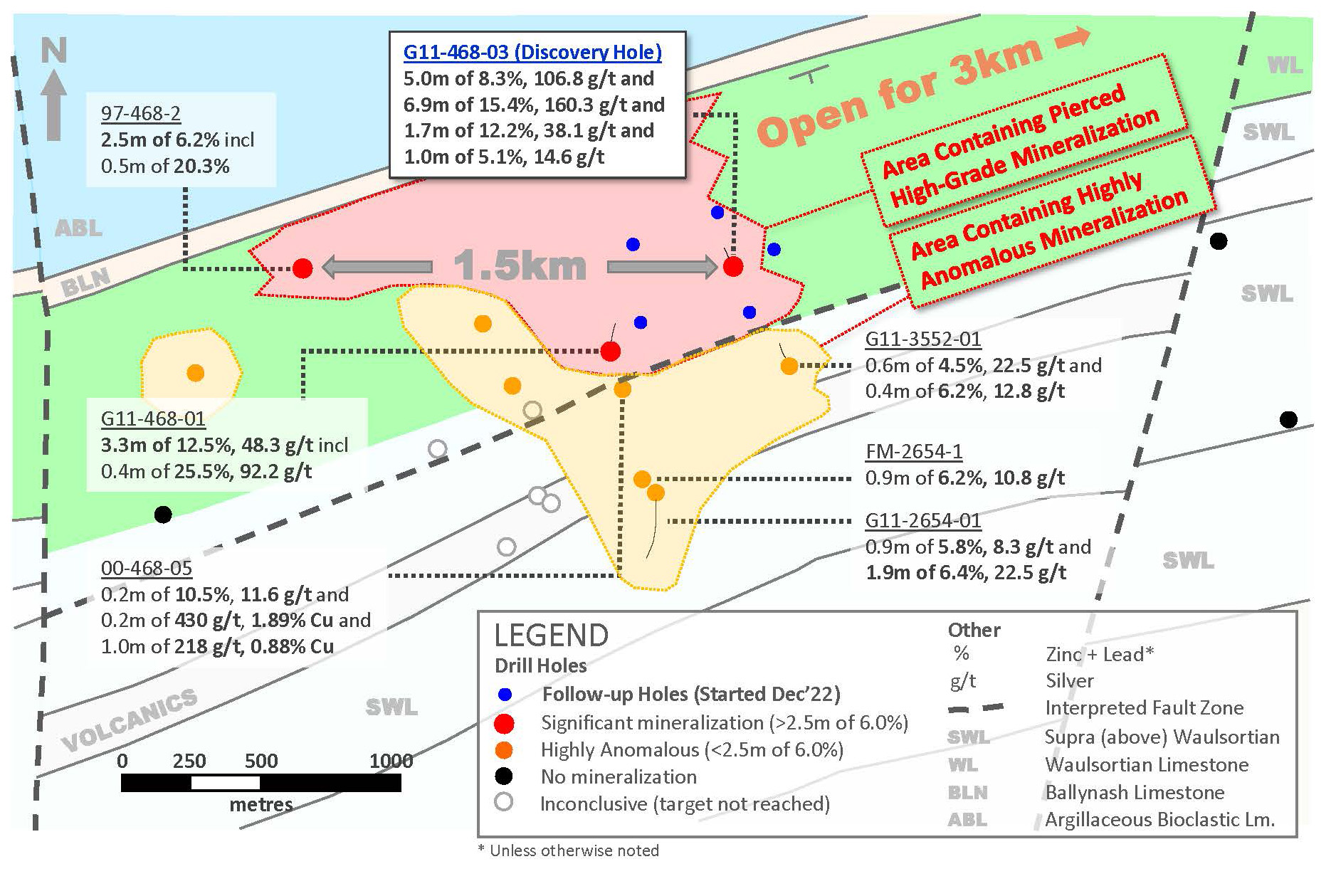 In addition to zinc, lead and silver mineralization, assays show significantly elevated germanium. For reference, germanium (Ge) trades at approx. US$31/oz, or 40% higher than silver at US$22/oz (as at November 2022). Germanium grades from the discovery hole at Ballywire largely ranged between 23 g/t Ge and 79 g/t Ge. These represent some of the highest Ge grades known in Ireland and compare favourably to grades at Ivanhoe’s Kipushi zinc project in DRC (64 g/t Ge), stated by the USGS to be the most significant carbonate-hosted Zn-Pb-Cu system containing notable amounts of Ge.

Refer to the presentation for the latest updates